So I hope this post is mostly photos with amazingly witty captions. I’m in a mood, peeps.

We went to Target to fill his prescription. We had to wait thirty minutes for the people who work behind the desk on the platform elevated about 12″ higher than we are to mix the powder with the liquid. I am not knocking the profession.

But being in Target with an 11-y.o. boy possessed of a vivid imagination means going to the toy aisle which isn’t a toy aisle at all, it’s an entire department. Of course there’s the pink aisle comprising Barbie and supposedly girly toys. Because girls can’t use toys manufactured in primary colors, didn’t you know that? We can’t see anything but lavender, pink, white, buttercream yellow and pale blue. It’s a scientific fact. Plus, anything without opalescent wings or long eyelashes looks like mold and smells like the Kaohsiung Fisherman’s Wharf, in Taiwan… maybe near where the toys are made.

I digress. It’s been a while since I’ve done that. I’m about to go over my word limit goal…

told ya. lots of games.

I’m gonna feel sorry for myself for a moment: I didn’t have lots of kid board games when I was younger. My mother wanted us to be geniuses so we were only allowed games like Scrabble and chess and checkers. I think relatives gave me other games but I thought they were candy, so they didn’t last. That game near the bottom “Stop Thief” is one I remember getting from my aunt; I loved it. It fell apart I played it so much, so when I saw it on eBay for $16,000 I decided I had to have it. My kids love it too, so that’s good. I would feel awful spending $16,000 and having no one play it.

Have you been in the board game section lately? Here’s what’s going on:

Children needn’t learn how to read, just know the S&P 500. And maybe some Monsanto brands… 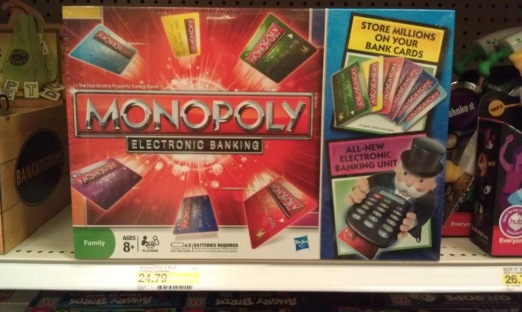 Cash is dead. Long live plastic and electronic banking. No math skills? No problem! In all fairness, original Monopoly is still available, in the back the shelf behind all the sharp power tools.

Websites become games and games become weird. What is the context? How does one win at this game?! … “Oh! I remember that photo, I saw it on Hal’s Dad’s sister’s cousin’s cable installer’s iPhone…”

MmmmmnnnNo. They want two Jacksons for this?! MmmmmNo. They should put it by the pharmacy. I know: leave a copy in the doctor’s office! “New from the CDC! Everyone! Learn how to track an epidemiological virus to its origins and you win!”… ugh. Prescription to pediatric dosage for Xanax not included but highly recommended.

And if a website isn’t how you wanna play a game, then let’s go straight to the apps. This isn’t the only one: there’s a game made after Angry Birds and Cut the Rope and Where’s My Water? I mean, why not just skip the smartphone altogether? Right? RIGHT?! Am I the only one seeing a 180˚ here? I know, how about “Angry Birds: The Board Game of Irony.” 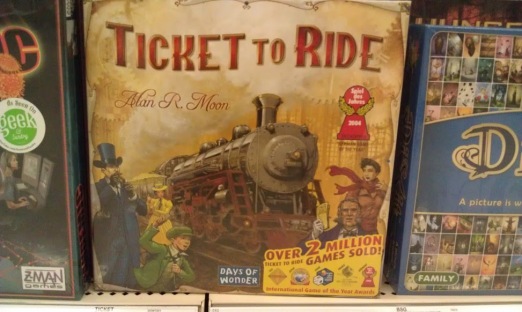 When all else fails, buy the German Toy of the Year Award winner, “Ticket to Ride” about a train. In Germany. Over 2 million sold. I’m stopping there. I wonder… do people think anymore?

The Parker Bros must be rolling in their graves. Never did they see this coming: a complete hijack of their beloved Scrabble, renamed and rebranded under a smartphone app. Now it’s cool to play word games with friends, as long as you don’t try playing TEXAS or ZEN or OHIO….

When all else fails, or your book becomes supremely ubiquitous, turn it into a board game. For a Jackson and a Washington, you can have the game now. 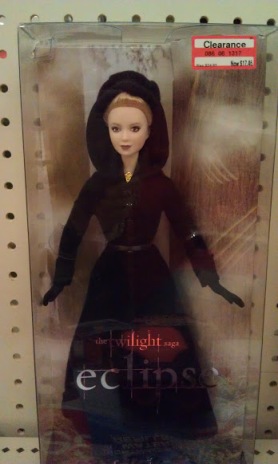 Or your Barbie could be stripped of its cute cotton candy colors and turned into a vicious and bloodthirsty diminutive blond vampire. Not surprised it’s on clearance, eh? They should have made her outfit violet. 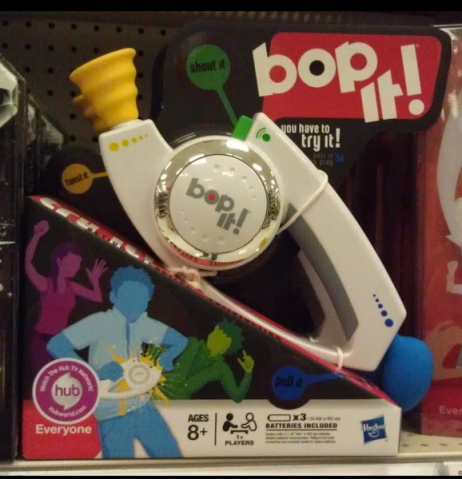 And just when you thought this game couldn’t get any more annoying, there’s now a “SHOUT IT!” command. That’s a bonus for all you parents out there who think your kids need to get more excited about plastic, batteries and flashing lights.

But in the end… 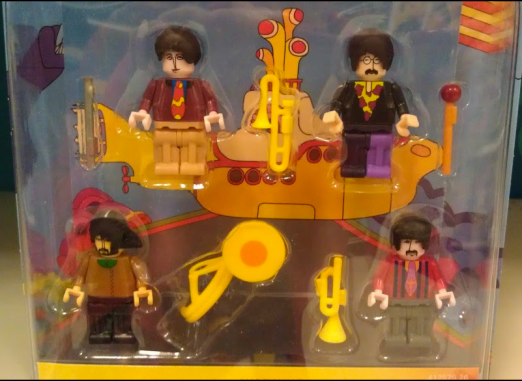 It’s All Too Much. (Please tell me you get that reference….)

I titled this post “Fjord Games” because I think some of these games are taking a giant leap across a fjord. What’s the lesson learned from this post? Don’t go to Target with me when you don’t have to and if I have to explain the reason for the title… maybe I should rethink the title altogether.

Told ya I was in a mood…