I can’t believe it has been a year since I posted about my Thing 2 begrudgingly dragging his science project to school and how I was “Yosemite Sammin'” all the way. As I recall, that was a Tuesday as well. It was a desperate morning which came on the heels of a panicked weekend.

This year, we were ready. T2 picked an awesome experiment and we all got involved.

Last year they didn’t allow it.

The year before that, they didn’t allow it.

It was deemed too controversial, too dangerous, too daring, too risky, too much …

But this year they allowed it. They brought it back.

T2’s moment had come — he’d been wanting to do this experiment for years.

He chose early and he chose decisively:

“The Effect of Mint Mentos on Diet Coke”

Everyone was excited for this one. Even T3, who despite his enthusiasm, did not get out of his pajamas to witness the explosions. 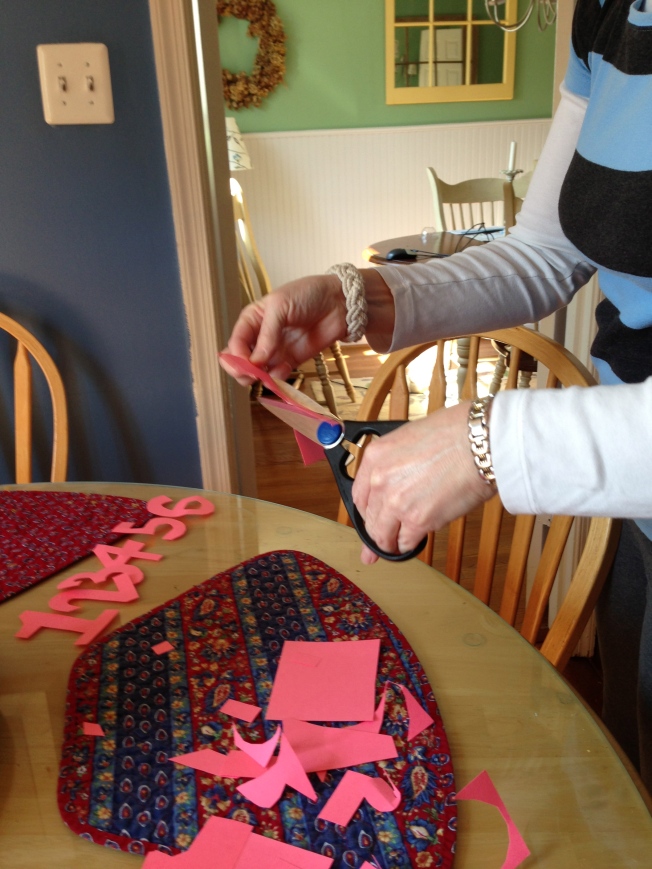 Here’s me cutting out numbers to place on our tree out back because the original set up (a weathered wooden 2″ x 4″ with 1″ numbers in dark marker scrawled on it) was not visible enough from 10’+ away (go figure), nor was 5′ high enough. Shh. Those aren’t my spring-loaded stainless steel Pampered Chef professional kitchen shears, product #1088 (… sorry, I can never easily resist the temptation to make fun of myself). 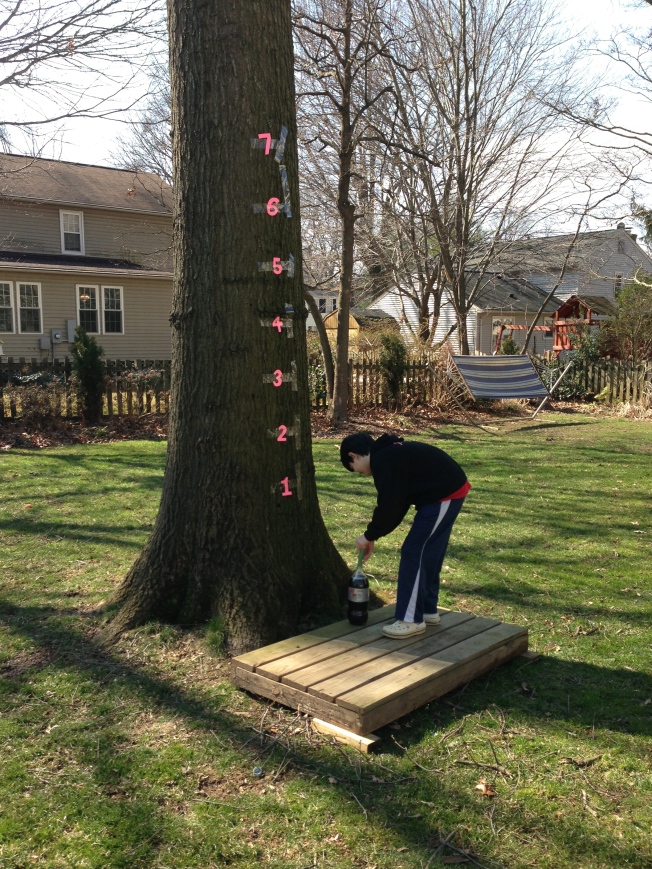 It was a breezy day. We had to put tape on the wind-side of the numbers so they’d stay on. We lost “7” in a gust. It landed by the playset. Put funnel on bottle… insert Mentos into funnel… stand back … la la la laaaaaa…

Annnnd the funnel fell off. About half the Mentos dropped into the cracks between the decking. (No, we didn’t make this platform for the experiment. Glancing at husband… Oh, we did? We did. (No we didn’t.) But check it out: my kid has the gift of flight! 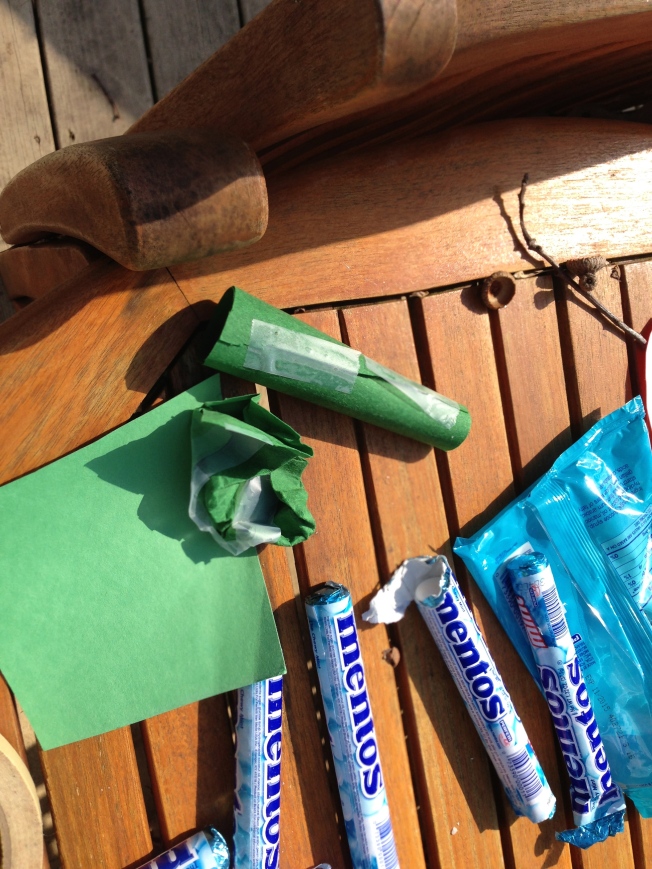 We needed a Mentos holder that could repeatedly get wet but also wider than the sheath of Mentos because they wouldn’t slide out at all. Those FreshMakers… they are tightly packed. (And they stick to your teeth.) 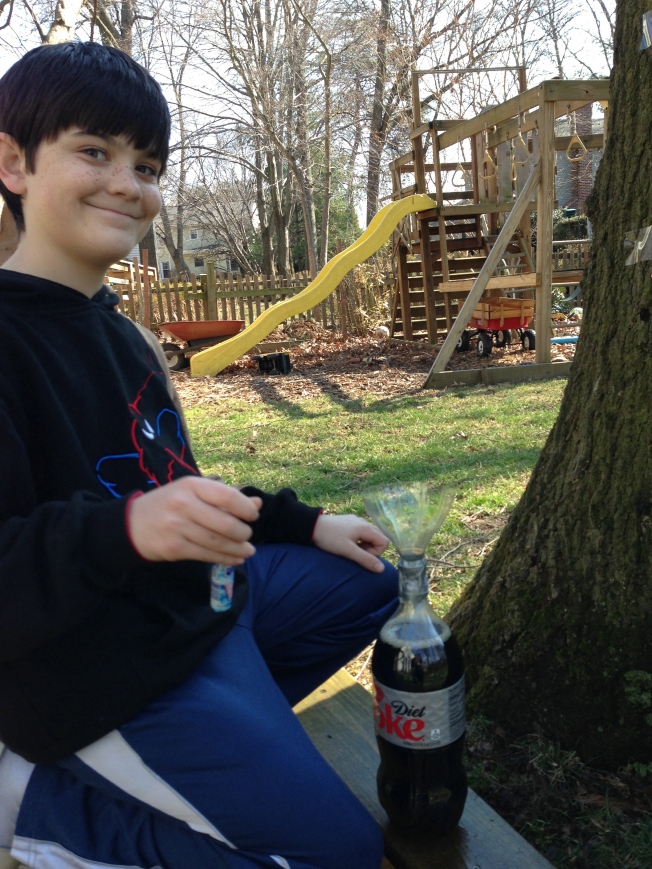 So, genius mom that I am (trust me, the Egyptians have nothing on me sometimes, I have this weird knack for coming up with quick solutions using what’s already there) I said, “Let’s cut the top off an old bottle and tape the openings together.” I felt like Galileo, I faced scrutiny everywhere I turned. Isn’t he cute? Don’t look at him. He’s mine and I will protect him with my fangs and caustic neurotoxic saliva. Look at the next picture. He’s not here. Erase that image from your mind. 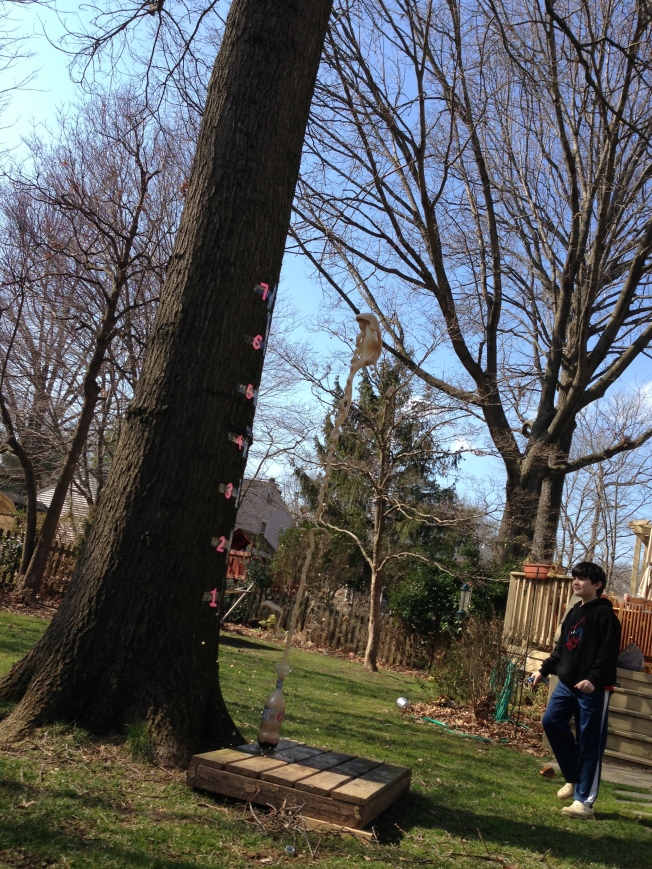 We saw some stats that suggested 20′ geysers, but those are with smaller, modified (INORGANIC! CHEATERS!) openings which obviously increase the pressure, duhhhh. Cheaters.

Today he took his experiment board to school proudly and punctually and it was great. I’d include a picture of it here, but I forgot to take one. I suck. Maybe Dad has one… hang on.

Nope. We both suck. We’ll take one at the science expo and I’ll put it online after that.

And today on the way home from said deposit at school, I encountered a new friend: 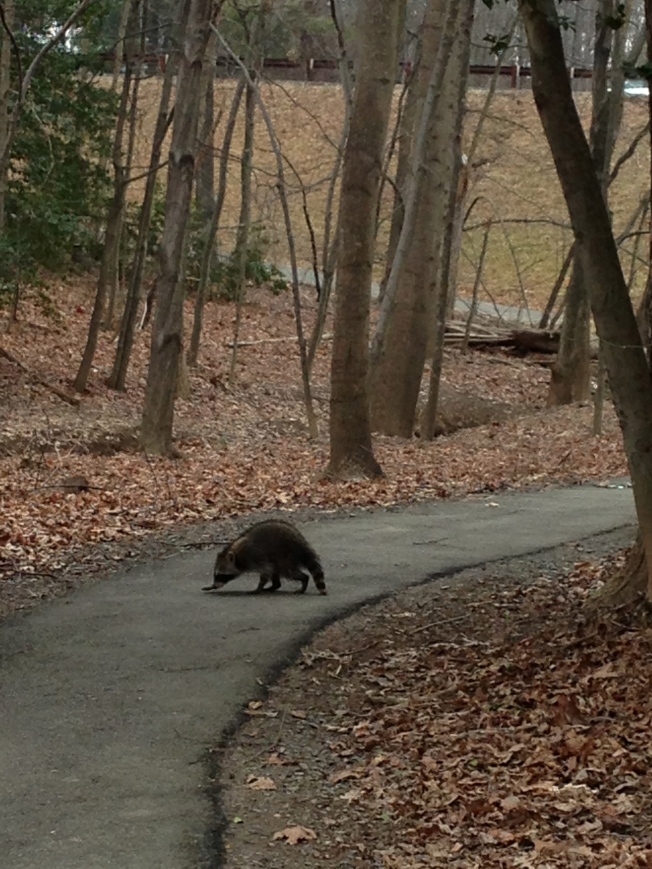