Years ago, I caught up with a friend who was evolving after a personal crisis and decided to join a 12-step program. He had been in the program for about six months and was sharing with me, as we walked off a soccer field, his journey toward self-discovery, self-confidence and self-pride.

We talked about “responsibility” and how when he was abusing his vice, he’d also abused the notion, and how he’d cast off and cut loose his accountability for most of what a conscientious person does not slough off.

He said, “Ha. That’s stuff that I always do because people are watching: external gratification, ego-based living — doing the right thing not because it was right, but because I wanted to be seen doing it: I was all about appearances, having all the answers, being considered one of the reliable people; people considered me a common ‘go to’ person. Top seller in my company! Scratch golfer. The stuff I’m talking about now, is about internal gratification, conscience-based living: being responsible when no one else is looking. When no one cares. I didn’t have a conscience before. That’s why I thought I was above it all … that’s why I had to get help.”

That made sense to me.

He continued, “Shopping carts. I never used to put them back. Sure, one was available whenever I needed it and it was in the corral when I went to get one, but I never put one back. I deluded myself into believing that what I was doing: leaving a cart in the middle of the parking lot or on a grassy median, was creating a job for some poor schmuck who needed a work-incentive program. That’s how arrogant and disconnected I was.”

The sun was high above us after the game, his kids and mine were sighing, moaning and hissing from their seats in the cars because they wanted to get their rightful post-game Slurpees. I was engrossed though.

“I’ll get you a donut too!” I promised them, “Just a few more minutes!” I begged.

My friend elaborated, sweat running down his temple. I used to think, “Where would the prison work programs be without me and my cigarette butts on the curbside? That was how I rationalized it. Other people in the program would say, ‘I left the dog poop there, the grass will grow better…’ we knew deep down we were full of crap. But I can’t tell you … I feel so much better now, just for taking back my shopping cart, it’s hard to explain. It’s like I have credibility now, real credibility. I don’t need to rationalize anymore,” he said.

Just blame someone else.

Anyone can rationalize anything. “Look what you made me do!” Have you ever heard that one? 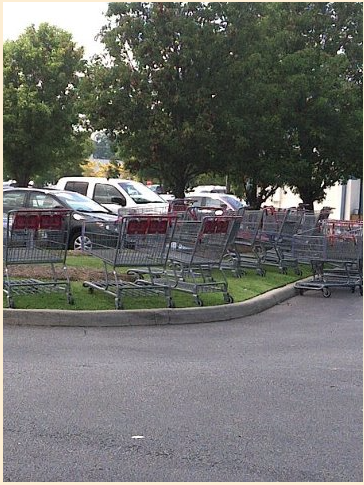 do you do this? are you one of those assholes? source: fhotd64476.yuku.com

What about when you do the wrong thing? And you KNOW it’s wrong! And you KNOW it’s indecent and unethical and completely unacceptable — for example taking or sanctioning a photograph of a unique-looking person, or of a minor, without their knowledge just because the technology exists. Do you rationalize it? Do you say you have a good reason? What could possibly BE that reason?!

At a local elementary school, there’s a upper-grader who goes into the restroom at school and snaps photos of classmates and then extorts the kids into doing whatever this person asks under threat of sharing the image on social media.

ELEMENTARY SCHOOL! Where are these kids learning this stuff? Where are the parents?! Since when is it OK to EVER record an full-on image of another person without their awareness or permission?

What about when you practice “Do as I say, not as I do?” Do you think that’s ok too? Do you run red lights or roll through stop signs but expect your spouse or kid to do the right thing?

When you point at other people, three fingers are pointing back at you.

What about when you know something is amiss, but you lie to yourself and you project your inability to sit with the discomfort of the truth, on to innocent people? That’s how many addictions and aberrant anti-social and sociopathic behaviors can begin: people rationalize and believe, with all their might (even though at first they say they don’t) that they are above the law or the code of moral correctness. That they are separate. They they are special.

“She looked at me wrong.”

And it morphs tragically into a drive-by or school shooting. No communication is necessary for these folks; they just go ahead and do what they want because they have just cause: “work incentive program”; “she’s mean to me”; “no one saw me…”; “I saw my mom do it once … “; or my personal favorite: “it’s always been that way, it’s tradition…”

Are you one of those people? Are children around when you do this crap?

Can you even admit it? And if you do, can you sit with the uncomfortable truth, the yucky, sticky and gross feelings that I would hope would come up (because that means you do have a conscience) with the choices you make and the swath of destruction, confusion, embarrassment and woe in your wake?

I’ve met people like this. I’ve bobbed in their seas of denial, disgusted with myself for continuing to hang on to them, despite my Spirit telling me to get away, to seek the light, to do the right thing — for myself — and to evolve.

My friend and that conversation flew into my head last week as I was walking back to my car from returning my shopping cart. Actually, I think of that conversation every time I put away my cart. “Even if you’re in a rush — ya gotta put the cart away,” I remember him saying.

How’s he doing? I don’t know if he’s still in the 12-step program; I sure hope he’s OK. He never contacted me to atone for any of his failings while I was involved in his life and was hurt by his abuse and witnessed his faults. I wish him the best. I hope he does this from now on: 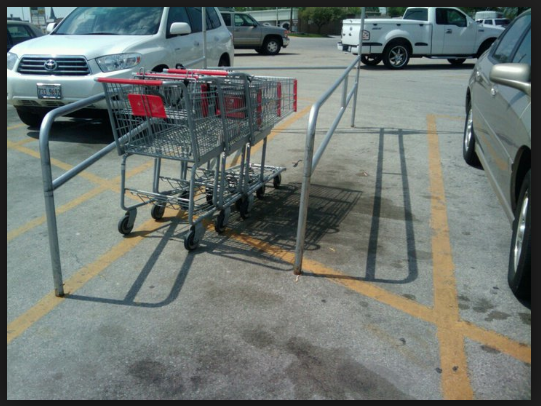 clean up your conscience. put your cart away.
source: http://www.ripoffreport.com

Do you put your “cart” (read: do the right thing) away or are you one of those people who thinks you don’t need to?