About the first strawberry?

Here’s to the end of May! Good riddance!

Indulge yourself. Look up from your small screens to see the big picture. 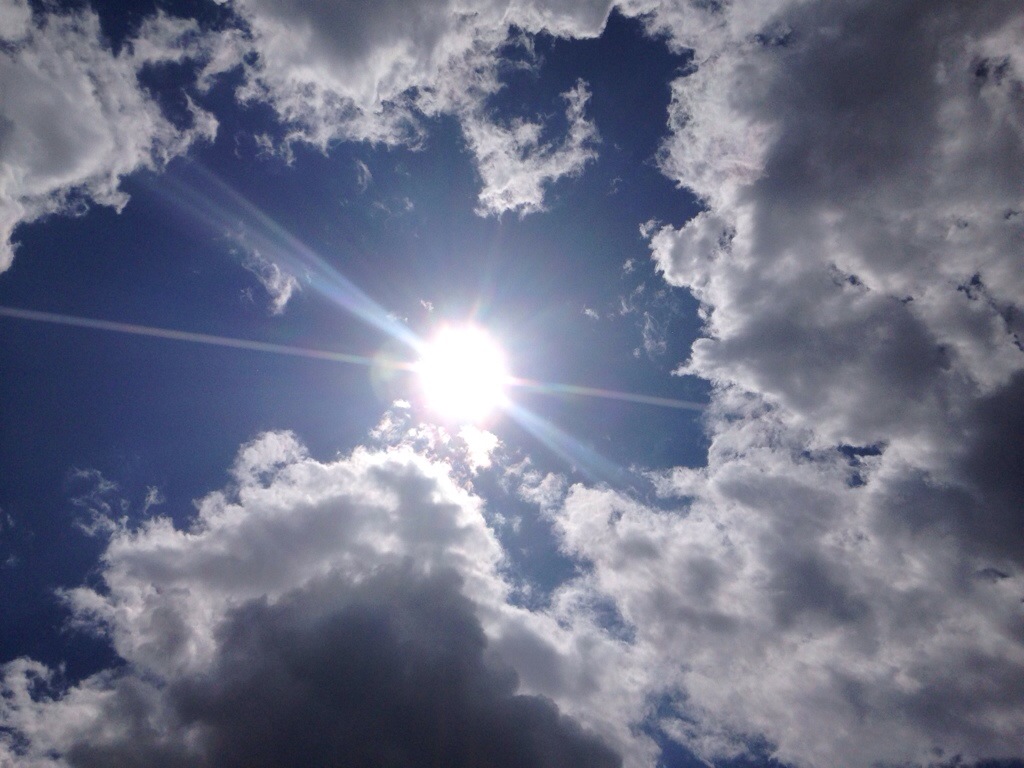 Life is happening and has happened all around you.

If they are weeds, we all are weeds, for all of us have a purpose and a reason to be here. 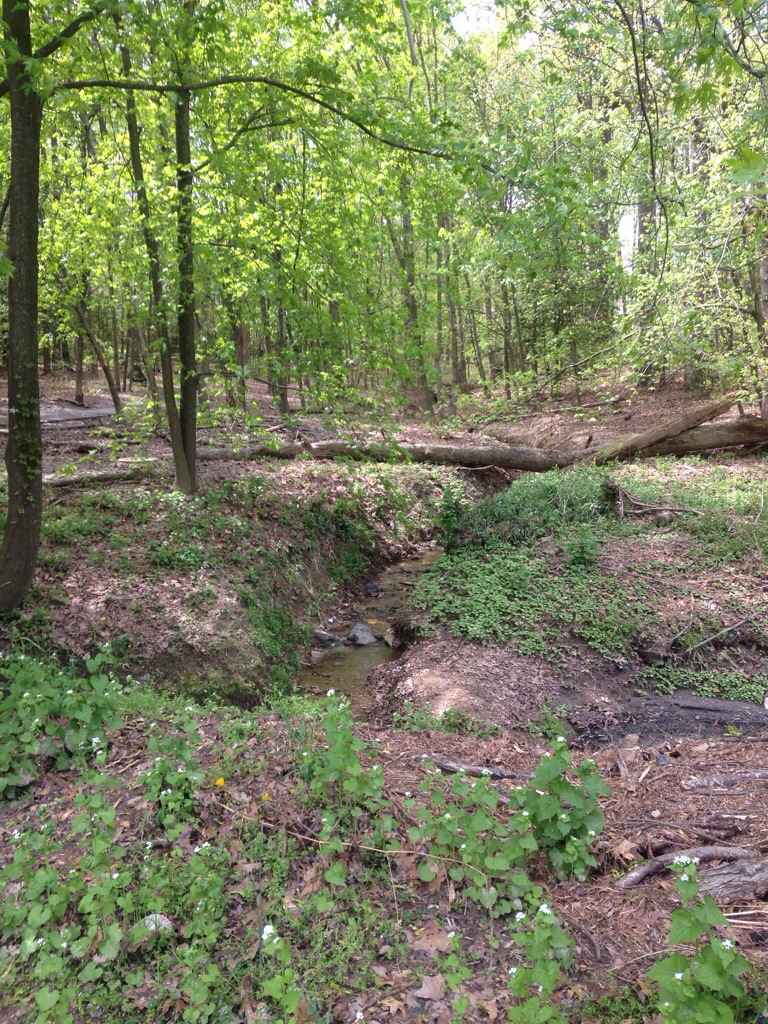 I took just a few pics snapped from the walk to school last week, now that spring is in full effect.

Jump offline to jump outside.

Have a wonderful weekend.

Sunsets are usually considered the day’s yawn; power on its way out; a signal that the day is ending and it’s time for all God’s creatures to rest in their collective glowing embers.

This autumn’s sunsets have been particularly fantastic. My kids and I can’t remember a time in recent years when they’ve been more spectacular.

I’m always in awe of the sun’s ability at sunsets to beam through space and find a hole in a patch of leaves to brighten something eight minutes away in my backyard. 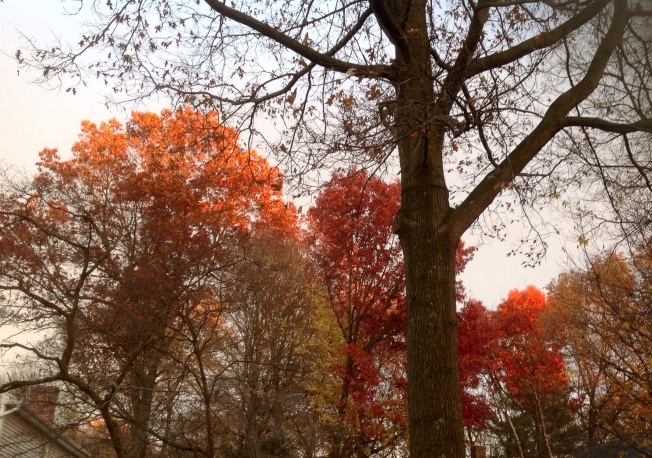 I’ve been preparing the house for my incoming family for Thanksgiving which has required me to be holed up inside all day.

My oldest son, who is 15, came down to the basement to fetch me, “Mom, I wanted to call you up to see the sunset. It’s like the trees are on fire.” He knows me so well. They all do, but he seems to have a sense of my abiding love for nature.

Eventide: my favorite time of day. When the faeries come out and magical things happen.

Fall here has been glorious. I don’t recall a time in recent years when the trees’ foliage, particularly on the oaks, has been so vibrant and long-lasting.

For a while, I never understood why red oaks were called “red.” I still don’t know why, but I’m willing to guess that if the seasons align as they should meteorologically, then the foliage would be red. I don’t have any pictures of the red oaks, which resemble a merlot to me, but I have some of these:

sugar maple. i think this is the same type of tree near Mom now.

this is the same red tree as above, but i wanted to include the bartlett pear behind it. on the parkway near my home, they planted sugar maples and bartletts alternately … it’s gorgeous and such a distraction.

I practically took over the driver’s seat to get this shot.

fall skies are so intense. the blues seem crisper and the contrast seems bolder.

This photo is untouched; I just wish it were more in focus: 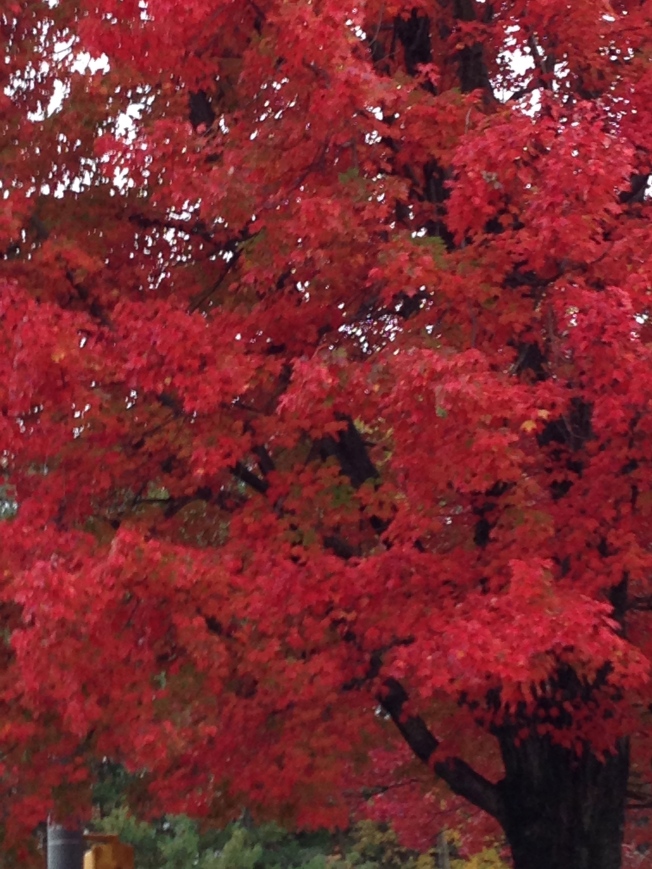 These trees awaited me every time I went to the boathouse:

i can’t get enough of these trees. when i was younger, i would roll my eyes when Mom would insist we “look at the colors!” on drives up to Niagara Falls each autumn. i know… such a hardship!

In early October we went apple picking; an annual event here that we haven’t actually done annually in a few years…

here we are. working hard. it was early in the shift; we needed a break from all that labor.

We bought a half bushel of apples for $12. We had every intention of baking them into pies, making apple sauce, and apple butter with them, but we didn’t do it at all. However, the apple population in the bag had been slowly declining. 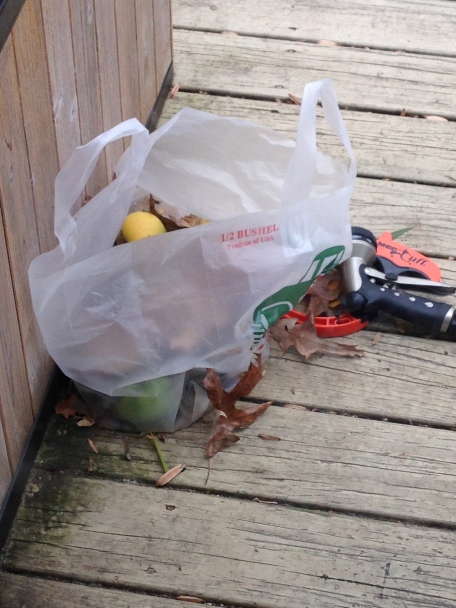 Today, I discovered why.

we are glad at someone is enjoying the apples.